Nürburg/Munich. Bulldog Racing’s MINI John Cooper Works will be driven by Uwe Krumscheid (GER), Jens Dralle (GER) and Danny Brink (GER) as well as Markus Fischer (AUT) at the 24-hour race. The endurance classic on the Nordschleife will take place from May 28 to 29, 2022.

In total, the drivers of the Bulldog Racing team will have driven approximately 712,500 kilometers on the Nordschleife. They have already started a total of 29 times at the Eifel Endurance Classic.

In the first race the #112 MINI John Cooper Works of Bulldog Racing started from row 18 in starting group 2. On board Danny Brink (GER), who was replaced by Jens Dralle (GER) after 7 driven laps. The duo managed a best lap time of 9:57 minutes. However, after 2:33:56 hours and 14 laps driven, the race car was parked in the pits due to a technical breakdown. The car was prepared by the team for the 2nd qualifying race during the night on Sunday.

On Sunday, the second qualifying race was held. This time the
MINI John Cooper Works started from grid position 80. The #112 of Bulldog Racing finished the race after 3:08:41 hours in position 52, piloted by Markus Fischer (AUT) with a total of 12 laps and Uwe Krumscheid (GER) in another 5 laps. The best lap time was further improved to 9:53 minutes.

Quotes after the 24h Nürburgring Qualifiers.

Friedhelm Thelen, Head of Bulldog Racing: « We have already gained a lot of experience with the car during the short development phase of the MINI John Cooper Works. The two 3-hour qualifying races provide us with further, very valuable insights, which we will now use for further optimizations. »

Jens Dralle (GER): « I gained my first motorsport experience in 2010 on a MINI John Cooper Works as part of the MINI Challenge. I’m really looking forward to competing again in a MINI at the Nürburgring 24 Hours with Bulldog Racing. »

Uwe Krumscheid (GER): « The Nordschleife is my home track, I live less than 500 meters from it. The MINI John Cooper Works from Bulldog Racing is « Made in Nürburg » and comes from the neighbourhood. I’m looking forward to contesting my 16th 24h race at the Nürburgring with this special car. »

Markus Fischer (AUT): « The highlight of my 2022 season is participating in the 24h race. There is nothing better than a 24-hour race on the most feared track in the world. I’m really excited to be part of this project from MINI and enjoy being able to get involved in the fine-tuning. »

Danny Brink (GER): « As a counterpoint to everyday life, I’m always looking for challenges. Bulldog Racing’s project with the new MINI John Cooper Works combines a lot of Nordschleife know-how and is made for me, I’m looking forward to my 9th start in a 24h race at the Nürburgring. »

« I am looking forward to the 24h race and the use of the MINI John Cooper Works and wish Team Bulldog Racing every success. To our fans, I can promise that we are working intensively on concepts for John Cooper Works with electric drive. For the John Cooper Works brand, the consistent electrification of the MINI product range opens up completely new perspectives, » says Stefanie Wurst, Head of the MINI Brand. The aim is to transfer the per formance character of the brand, which is intensely inspired by a passion for racing, to electromobility. In this way, sustainability and extreme sportiness are combined in a unique way. 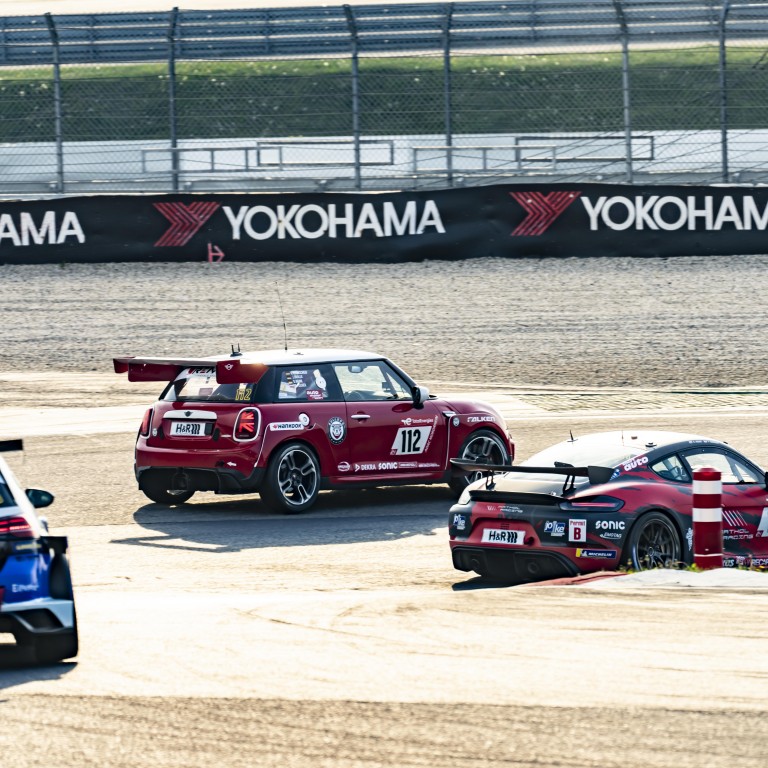 This website uses cookies to improve your experience while you navigate through the website. Out of these cookies, the cookies that are categorized as necessary are stored on your browser as they are essential for the working of basic functionalities of the website. We also use third-party cookies that help us analyze and understand how you use this website. These cookies will be stored in your browser only with your consent. You also have the option to opt-out of these cookies. But opting out of some of these cookies may have an effect on your browsing experience.
Necessary Toujours activé
Necessary cookies are absolutely essential for the website to function properly. This category only includes cookies that ensures basic functionalities and security features of the website. These cookies do not store any personal information.
Non-necessary
Any cookies that may not be particularly necessary for the website to function and is used specifically to collect user personal data via analytics, ads, other embedded contents are termed as non-necessary cookies. It is mandatory to procure user consent prior to running these cookies on your website.
SAVE & ACCEPT